The Atlantic Coast Conference (ACC), which is one of the Power 5 conferences and is made up of 15 universities, has a long history of success in intercollegiate athletics.

Established in 1953, the ACC has long enjoyed the reputation as one of the strongest and most competitive intercollegiate conferences in the nation. And that is not mere conjecture, the numbers support it.

Since 2015, the ACC has won seven national championships in football, men’s basketball, women’s basketball and baseball. The ACC is the only conference to win each of those four titles over that stretch.

Since the launch of the ACC Network in August 2019, exposure for the conference has never reached greater heights. The 24/7 national network dedicated to the league is available in nearly 70 million households and provides coverage of over 500 exclusive ACC events annually.

There are specific shows for football (The Huddle) and basketball (Nothing But Net), while numerous Olympic sporting events take place on the network, as well. ACCN regularly comes to Blacksburg, including hosting The Huddle and its ACC Football Roadtrip in both 2021 and 2022.

There are also some Hokie ties to the network, with former Virginia Tech football wide receiver Eddie Royal ('08) serving as an ACC Network analyst.

All the way from Boston to Miami and somewhere in between, the ACC boasts a widespread conference full of exciting locations student-athletes get to see when they travel with their fellow teammates and coaches for road trips.

From trips to The Triangle (Duke, North Carolina and NC State) to Atlanta, Louisville and Pittsburgh, Hokies will gain an appreciation for what the league has to offer for travel.

All 15 schools within the league have bolstered their production arm on their respective campuses, ranging from producer, director, camera operators, graphics personnel and more.

The Hokies have 70-plus full-time and student assistants that have a role on a game day for a production. For days when it's three or four events at once on campus, this group always steps up to the plate and delivers a quality show. 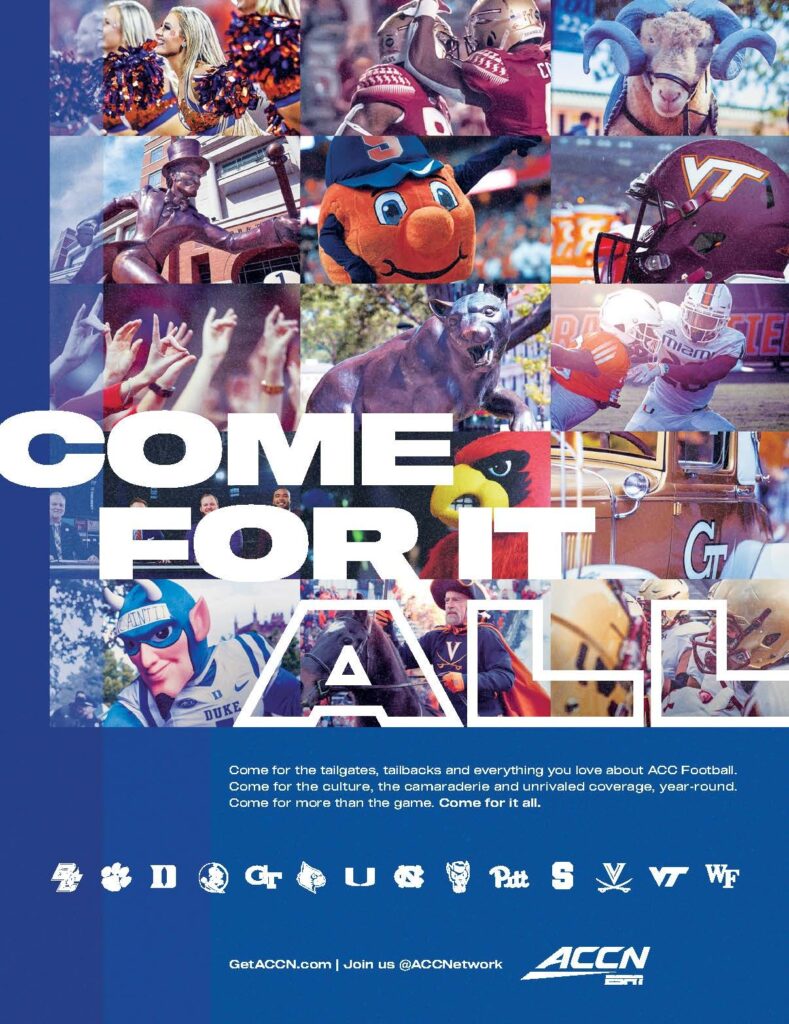 The 2020-21 academic year saw athletic competition return after many sport seasons were canceled in 2019-20 due to the COVID-19 pandemic. The conference completed championship competition in all 27 sports with 10 different schools claiming at least one conference crown. ACC teams claimed five NCAA titles and 20 individuals won national championships. The ACC has averaged four national team titles per year over the past two-plus decades (97 in 24 years) and has claimed multiple NCAA titles in 37 of the past 40 years.